I actually didn't plan on posting about this so quickly, but thanks in part to a bout of insomnia, and also to the fact that I wanted to buy a colleague some baked goods as a "thanks" for helping me get some great data, I made it to Green Valley Market today, on opening day.


I walked through the doors around 7:15. It was surprisingly crowded. I think the "opening" had something to do with it. The store had some giveaways - I scored a free tote - and a ribbon cutting. 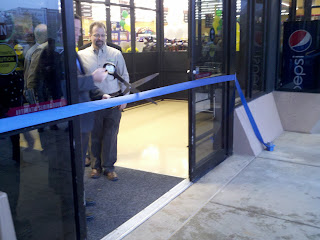 I also think it's a testament to how much the area was missing its anchor grocery outlet. There were definitely people doing real shopping there.

I snapped a few pictures. 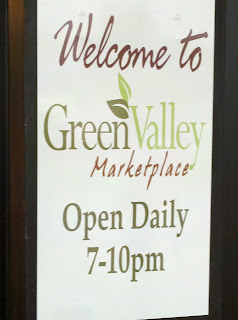 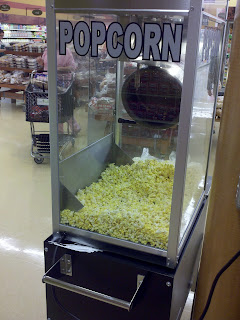 Some initial thoughts? For those of you who shopped in the Elkridge SuperFresh, the layout is actually very much the same. The interior looks newer, though. 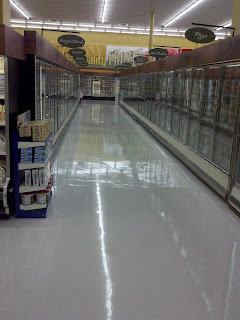 The bakery still looks excellent. I picked up some croissants for our "breakfast nook" at work (this would be funnier if I had a picture... but I don't.). A sample bite of a brownie with walnuts and PB icing was very tasty. Free samples... breakfast of champions. In checkout, the women behind me had gotten cupcakes that looked awesome - one topped with fruit, the other with a cannoli, each in a little domed cupcake box.


And there was this cute cake. 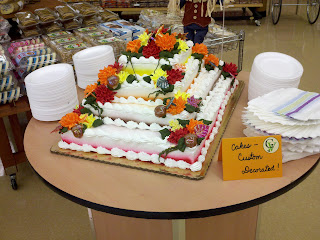 The seafood and produce looked fresh. 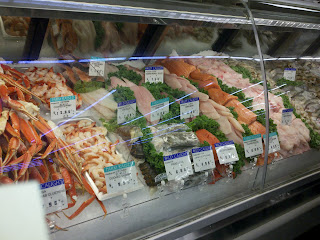 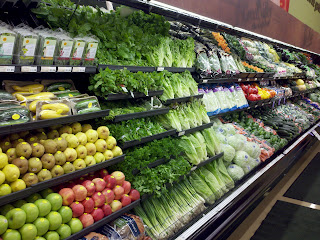 In my first post, I mentioned that my biggest concern was prices. One nice thing is no value card is needed for this shop. I shop for certain items fairly consistently so I was able to do a walk-through price check. There were fewer sales than at my local giant, but many prices were close, particularly when I looked at value-pack meat and such. Some were pricier. I'll have to do comparisons in the coming weeks - yes, I'm that person.. aka, the poor student, remember? - but they do have a paper circular which will be really helpful.


While the circular isn't online, I'm a big fan of the fact that the store has both a facebook and twitter presence. FB seems more updated at this point - I'm looking forward to seeing how they put social media to use once things really get running.


Have you been to Green Valley Marketplace yet? Are you a Elkridger who's looking forward to having a very close-by grocery store again? (hocoblogs@@@)


As always, please leave your thoughts in the comments below!


Edit to update (11/29): Recently noticed that the circular (or a portion of it) is in fact available on the GVM website.
at 8:41 AM
Email ThisBlogThis!Share to TwitterShare to FacebookShare to Pinterest
Labels: Elkridge, Green Valley Marketplace, Grocery